Interesting article from Ben Goldacre on homeopathy. In regard to medicine in general, he makes this point:

Prescribing a pill carries its own risks: it medicalises problems, it can promote the idea that a pill is an appropriate response to a social problem such as shyness or difficulties at work.

It’s the holiday season which seems to make a lot of people think about beliefs. I’m thinking about this great book on my desk entitled Communication Planning: An Integrated Approach by Sherry Devereaux Ferguson and reading the section on understanding the psychology of audiences (Chapter 7).

So what? Most commercial messages concern Type E beliefs and most advertising takes the form of linking Type E beliefs with more core belief types. For example:

Mr. Geberth, the former homicide detective, said the problems with trying to trick murder suspects had more to do with a detective’s need to maintain credibility in the courtroom than with fending off a challenge by defense attorneys. Generally, he said, his advice to detectives is, “You don’t make a false claim of evidence.” Nonetheless, he said, ruses were often necessary during interrogations of murder suspects, who often cling to false accounts or alibis. “I believe in trickery and deceit unless you are making an innocent person confess,” he said. “Most people who are charged with homicide probably did it.” But Mr. Saltzburg said detectives and other police officials were sometimes swayed too much by the limited evidence that is available to them and by the belief that the person under suspicion must be guilty. “Even after cases are cleared by DNA, it is not uncommon for a detective to say, ‘I know he did it,’” Mr. Saltzburg said. “They are true believers.” So much for a presumption of innocence. Not to mention those statements are complete nonsense together. From a a NY Times article entitled Detectives’ Interrogation Tricks Under Scrutiny After Court Ruling

“We’re placing so many demands on bees we’re forgetting that they’re a living organism and that they have a seasonal life cycle,” Marla Spivak, a honeybee entomologist at the University of Minnesota, told The Chronicle. “We’re wanting them to function as a machine. . . . We’re expecting them to get off the truck and be fine.”

From a Michael Pollan article in the NY Times Magazine. Sounds very similar to these criticisms of a mobile workforce. 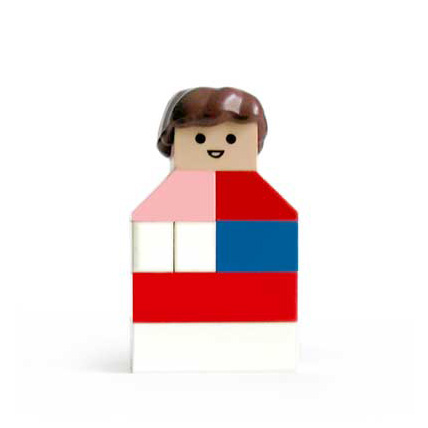 ** Paul Hansen: my boss, friend and mentor; husband, artist and Director of the CTC VISTA Project; passed away Monday night. Paul’s humor, optimism and vision have profoundly influenced me in the past two years I have known him.

Paul was an inspiration to me: in his design and art, his use of colors and contrast, his rediscovery of common (and uncommon) objects and his whimsy and delight in their placement. In our work Paul showed me how to stay sane in insane places and where to look for fun in the mundane. Most of all, Paul was a model for maintaining one’s sense of self in the most ego-reducing places.

Paul, you will be greatly missed and not forgotten.

The Long Tail Many to Many MediaShift A. Fine Blog apophenia Chris Garrett on New Media Pattern Recognition Mind Mob

When pan-frying or oven-frying potatoes, put on salt at the end. Salt will draw out moisture during cooking and keep the potatoes from crisping.

I was having a hard time explaining exactly what Fred Turner means by the conclusion of his book, From Counterculture to Cyberculture, I wrote about earlier. It really seems difficult to explain things without using informationalist rhetoric.

This makes me think of the About Wealth Bondage page:

Wealth Bondage is pervasive, the horizon within which postmodern life, in every aspect, appears to us as a Market….

I’m not entirely sure what the heck that means, but if I were to be all thinky, I could try to connect the idea of Bakhtin’s Dialogic:

everything anybody ever says always exists in response to things that have been said before and in anticipation of things that will be said in response.

with the idea of memes and suppose that certain rhetorical “memes” (like peer-to-peer informationalism or market exchange) are able to, within the diologic, competitively displace other rhetorical memes.

I was having a talk today with Danielle about this proposal on “Open Source Engagement” on Milla Digitalia. Mostly I was being critical of the manner in which the authors sling around “open source”.

But back to Danielle, and the analogy. The fallacy of that proposal is that the authors are confusing design and process. The argument, as I can tell, is that Wikipedia and Open Source Software Development (like Linux) work a certain, so they will design their Project to work that way too (when I say “work”, I am intentionally being vague as to whether I mean design or process).

So here is the analogy:

Wikipedia/OSS are like buildings (Danielle is in an Urban Planning Program). They are designed to have as many doors as possible. All over the place. And it just so happens that people really like using the front door and the door into the kitchen, and mostly ignore the other doors.

Now, in this proposal, they make this argument: We’ve learned from Wikipedia/OSS that front doors and kitchen doors really work great, so we’re going to design our project to have a front door and a kitchen door just like they do.

My soapbox: Wikipedia/OSS work because they are designed to allow flexibility in how people interact with them. This has allowed the processes of interaction to evolve into what works best in that situation. Designing a project and limiting how people interact with it to inflexibly use a process that has evolved elsewhere will most likely not give the best results.

Of course, now that I’ve reread the proposal a couple times, I feel like I’m maybe being too harsh, but I don’t think the proposal is very clear with their Legitimacy Exchange.

…there are some guys who can return good for evil

Every brave man will think so. He will not want to live by passing on the wrath. A hit B? B hit C?—we have not enough alphabet to cover the condition. A brave man will try to make the evil stop with him. He shall keep the blow. No man shall get it from him, and that is a sublime ambition. So, a fellow throws himself in the sea of blows saying he do not believe it is infinite. In this way many courageous people have died. But an even larger number who had more of impatience than bravery. Who have said, ‘Enough of the burden of wrath. I cannot bear my neck should be unfree. I cannot eat more of this mess of fear-pottage.’

From page 214 (Penguin Classic Paperback) of Henderson the Rain King by Saul Bellow. That line seems to be often quoted, despite the preceding paragraph stating the hubris of it.

Preceding that is the statement of the human condition of continuity (not violence in and of itself):

Brother raises hand against brother and son against father (how terrible!) and the father also against son. And moreover it is a continuity-matter, for if the father did not strike the son, they would not be alike. It is done to perpetuate similarity.