I read several books on authenticity last autumn. Below is from Andrew Potter’s The Authenticity Hoax: How We Get Lost Finding Ourselves, which is representative of the book as a whole—thought provoking stuff with the occasional reactionary junk:

[Lionel] Trilling suggests that the way authenticity “has become part of the moral slang of our day points to the peculiar nature of our fallen condition, our anxiety over the credibility of existence and of individual existences.” What he is highlighting here is the biblical texture that permeates the whole discourse of authenticity: in the beginning, humans lived in a state of original authenticity, where all was harmony and unity. At some point there was a great discord, and we became separated from nature, from society, and even from ourselves. Ever since, we have been living in a fallen state, and our great spiritual project is to ﬁnd our way back to that original and authentic unity.

What led to this apparent separation was nothing less than the birth of the world. Characterized by the rise of secularism, liberalism, and the market economy, is the reason we have lost touch with whatever it is about human existence that is meaningful. Once upon a time religion, especially monotheistic religion, served as the objective and eternal standard of all that is good and true and valuable, and we built our society (indeed, our entire civilization) around the idea that living a meaningful life involved living up to that standard.

The search for authenticity is about the search for meaning in a world where all the traditional sources — religion and successor ideals such as aristocracy, community, and nationalism — have been dissolved in the acid of science, technology, capitalism, and liberal democracy. We are looking to replace the God concept with something more acceptable in a world that is not just disenchanted, but also socially ﬂattened, cosmopolitan, individualistic, and egalitarian. It is a complicated and difﬁcult search, one that leads people down a multitude of paths that indude the worship of the creative and emotive powers of the self; the fetishization of our premodern past and its contemporary incarnation in exotic cultures; the search for increasingly obscure and rariﬂed forms of consumption and experience; a preference for local forms of community and economic organization; and, most obviously, an almost violent hostility to the perceived shallowness of Western forms of consumption and entertainment.

Richard Todd’s The Thing Itself - On the Search for Authenticity, other than being first-person non-fiction, stayed closer to treating authenticity as straight-forward provenance—with all the other stuff just being vigorous capitalism.

An enduring issue with linked images ( <a href=""><img src="" /></a> ), is targeting the anchor link for theming—especially for disabling borders and highlighting that look great on text links but odd for images. CSS doesn’t have a parent selector ( a > img:parent ), and javascript feels like overkill. The simple solution is to add a class to the parent anchor (<a href="" class="img">), but that can get repetitive, especially when Wordpress is supposed to automate those sorts of things.

Adding the following code to your Wordpress theme’s functions.php file will automatically add a class to the anchor link when you insert linked images through Wordpress’s Media Library interface. It won’t fix posts you’ve already written, but should make things better moving forward.

The if/else could probably be done with a single regular expression, but I’m not that smart.

I suggested in the comments this addition: > My peers and I outnumber everyone else. At 25, people over 50 were few and far between which let me do a lot without someone looking over my shoulder and judging my work. Which is really a defining difference between Boomers and Millennials: Millennials are coming of age with a lot more older people around then when Boomers came of age. But I’ve also disagreed with Dan Pallota before. The population pyramid image is from here, which looks like it may have been copied out of a newspaper.

I earlier posted a picture from a project I was working on for journaling media usage. Below is the book I got back from POD (I used Lulu and am quite satisfied). I still have a few changes I want to make before I consider it “finalized”: increasing the gutter size (the gutter calculator is clearly configured for reading, not writing), optimizing the half-tones and gradients (I printed a test scale in the back of the book), and redoing the cover (I don’t think I had the DPI set properly for the only rasterized image I used in the entire project).

Also, after reading this piece by Kelli Anderson on documenting work, I’m trying to take better project and process photos. I took these photos on my porch, in 20° weather—but the natural sunlight made it worth it. 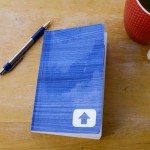 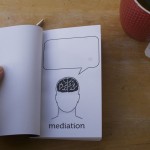 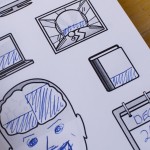 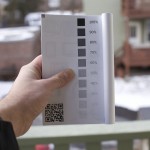 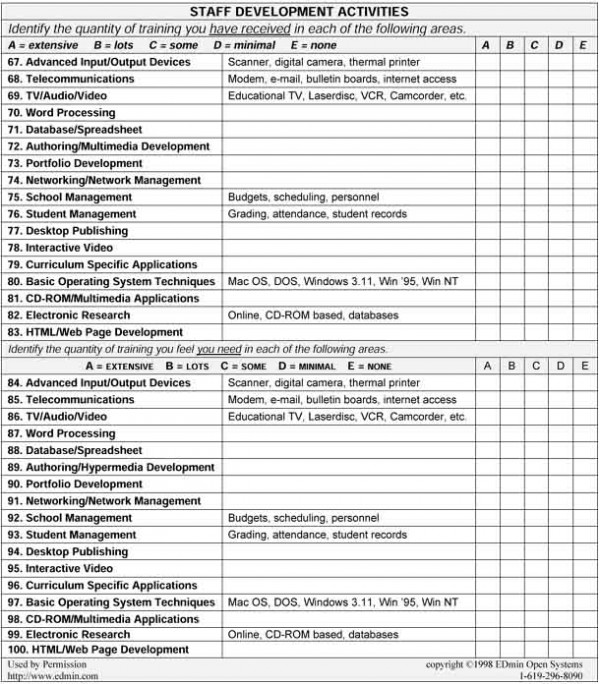 One of my AmeriCorps members asked for resources on technology needs-assessment surveys and I came across some varied approaches. Above is from the US Department of Education hosted An Educator’s Guide to Evaluating the Use of Technology in Schools and Classrooms. Below is from the National Center for Technology Planning’s “ Perceived Educational Technology Needs Survey” [PDF] (the Center appears to be more a guy then a center). Both appear rather aged, though I like the latter one better.

Note to the respondent: Please keep this questionnaire in your possession for the survey interval in your usual work location while performing your customary duties. Make entries to the items as appropriate responses occur to you. Your responses will help inform the technology planning process about the best application of technologies in your teaching situation.

5. [Note: All of the following questions repeat this format, but the phrase “If so, please list and describe as many of the things or situations as you can to which this statement would apply: #1-5” is omitted for brevity ]

Please use the space below to state in your own words any suggestions, recommendations, or concerns you have for the use of computers, networks, or other advanced technologies for your work or for your students, your school, or the school district. Thank you for providing this information.

I am very impressed with how Marcus du Sautoy’s The Number Mysteries integrates hyperlinks into the book using URL shorteners and QR codes (above). Contrast that with Dan Cederholm’s Handcrafted CSS _(which is still an excellent book). _The latter was published August 2009, the former August 2010. 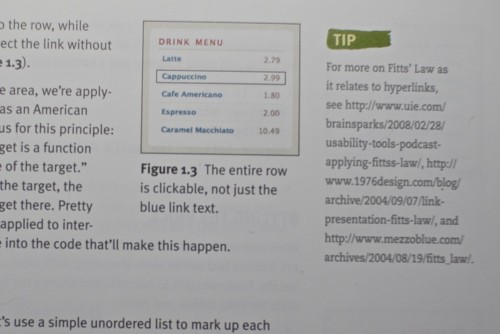 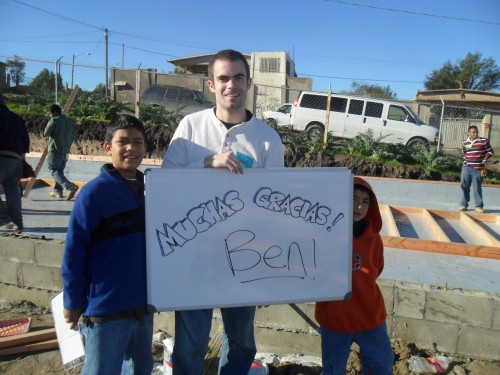 My former-roommate Alex (the guy in the middle) is spending his winter vacation in Mexico volunteering with One Small House. I donated to the project and they’ve been awesome in thanking me. > During the week of December 26-31, 2010, a group of volunteers from the United States will work with the community of Lazaro Cardenas to build them a new, free health clinic. Currently, this small community is receiving its health services from a trailer that is inadequate to handle their needs. With the support of donations, One Small House and its volunteers will help ensure that this community receives the quality health care it needs. 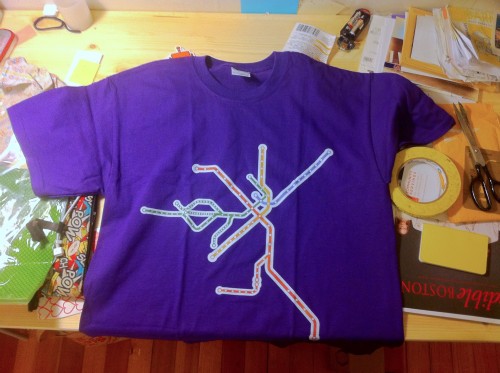 An Island 94 commenter requested a t-shirt based on the Boston Subway Map I vectorized a while ago. So I set up an at-cost shop through Spreadshirt, and ordered one myself. 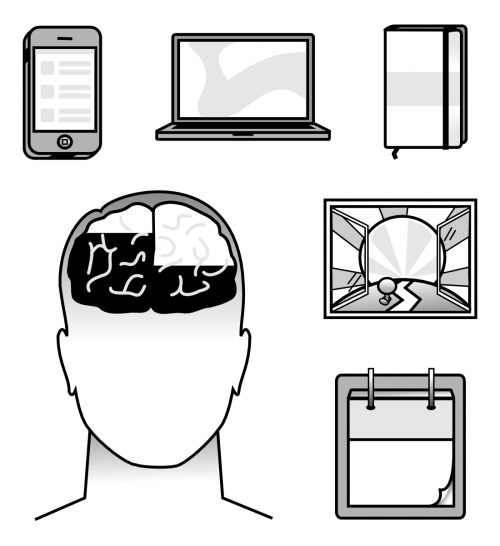 This is a set of images from a self-journaling project I’m working on based around my media-consumption habits. A few months ago I designed a self-journaling worksheet for Angelina, and she really liked the use of a blank face for the critical-reflection process—so that’s one part of it. I just sent off Version 0 to be printed; I’ll post some photos when it arrives. 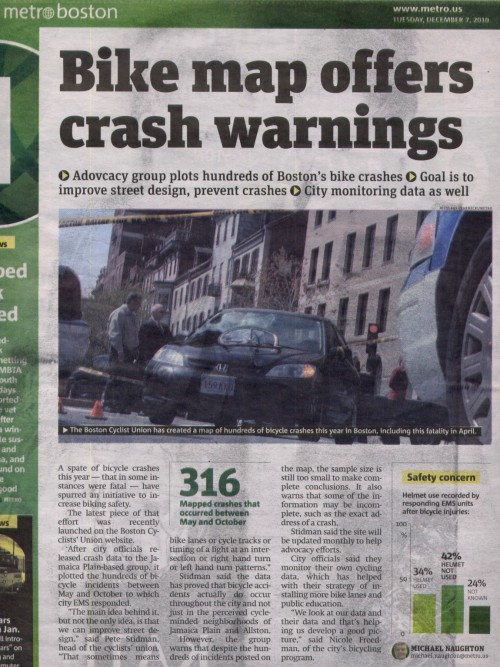 Boston’s Metro newspaper ran a page 2 article on the Boston Bike Crash Map the Boston Cyclists Union and I created. Also in the news:

This is a stunning example of what a non-profit can do with government statistics, Google Maps, and a very dedicated volunteer.

Among other concentrations, it shows a dark line of bruised elbows, broken fenders, and worse stretching from the Back Bay to Allston along Commonwealth Avenue, right past our studios at WBUR.