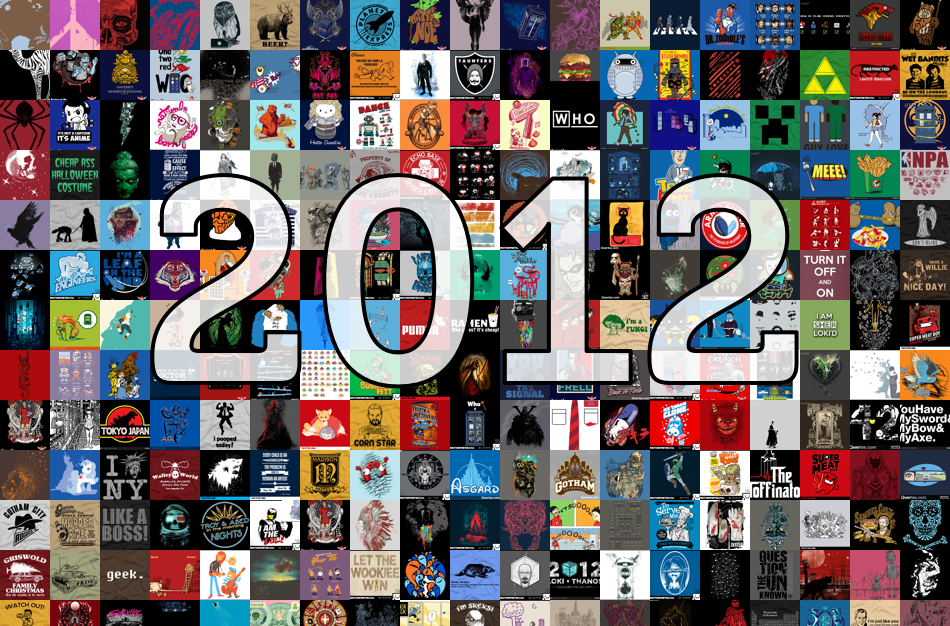 2012 was a big year for Day of the Shirt: it moved from being one of a constellation of hobby projects to becoming the main focus of my spare development time and a largely self-sustaining business.

As a technology project, Day of the Shirt went through a lot of changes in 2012. Including:

2012 marked the first time that Day of the Shirt ever earned any money. Like:

I’ve always juggled several web projects (like Brompt and Panlexicon… and all of this), but 2012 really cemented my commitment and interest in Day of the Shirt:

2012 was a really important year for Day of the Shirt and has set a lot of the foundation for improvements and new features I’m adding in 2013.