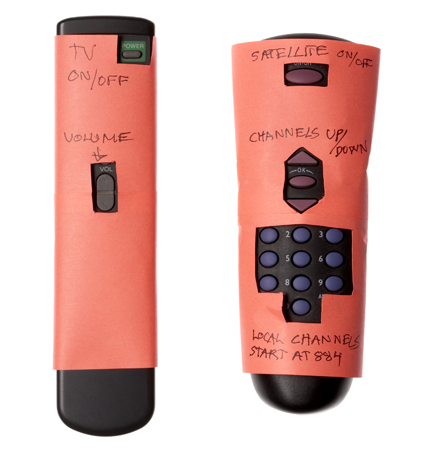 One bit of advice that I gave to people designing the Palm OS was, “If you can really understand the one thing your customer wants to do most frequently, and make that a one-step process, then I guarantee people will like the product.”

Just say, “What is the one thing you want to do?” and even if you have to throw out conventions of logic, architecture, and hierarchy, you should make that one step. The more “illogical” your approach is, the less likely it is that it will blindly follow the conventional wisdom, and hence the more likely it becomes that you will be able to differentiate and create a successful product relative to your competition, If you take the conventional approach, by definition you’re not innovating. If you just say, “Here are all the features,” and you lay them out in a logical pattern, then that’s not going to be a successful product.

Were there design decisions you made early on in order to manage that? What were they?

The biggest design decision I’ve made is more of a continuous philosophy: do as few extremely time-consuming features as possible. As a result, Instapaper is a collection of a bunch of very easy things and only a handful of semi-hard things.

This philosophy sounds simple, but it isn’t: geeks like us are always tempted to implement very complex, never-ending features because they’re academically or algorithmically interesting, or because they can add massive value if done well, such as speech or handwriting recognition, recommendation engines, or natural-language processing.

If a one-person company is going to build a product, it can’t have any of those huge time-sink features. At most, I can afford to have one or two components of moderate complexity, such as the HTML-to-body-text parser and the Kindle-format writer. But even those are barely worth the time that I put into them.

Top photo is by Nicholas Zurcher from Designing Interactions.