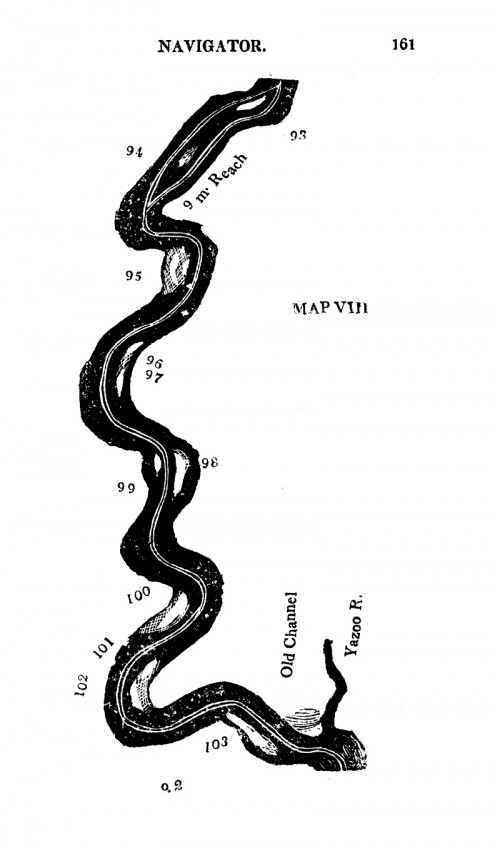 The following is from the 1824 edition of Zadok Cramer’s The Navigator on Island 94:

Has been sunk by the earthquake, or swept off by the floods; but just below where it stood is a high sandbar, covered with young willows, and is about the middle of the river. This bar may grow into another Crow’s, but it is to be hoped, not into another Rogue’s nest. The river here bears hard against the head of the bar, and also against the right hand bank–channel right side near to the island, thence draws toward the right hand shore.

The creek empties in on the right side, just above the two settlements. The Washita heads not far from this place, on which is a considerable settlement, 40 miles distant, and to which from hence is a cut road. It is thirty miles to Moorehouse’s settlement on that river.

Crows’s nest or Stack island was very small, and stood in about the middle of the Nine Mile reach. A large bar had formed just below where the island stood, but it also has given way to the current, and is no more.

Four miles below this island (No. 94,) is a sandbar in a right hand bend–channel on the left of it.

I love the slant rhyme humor: “This bar may grow into another Crow’s but it is to be hoped not into another Rogue’s nest.” The print is below. 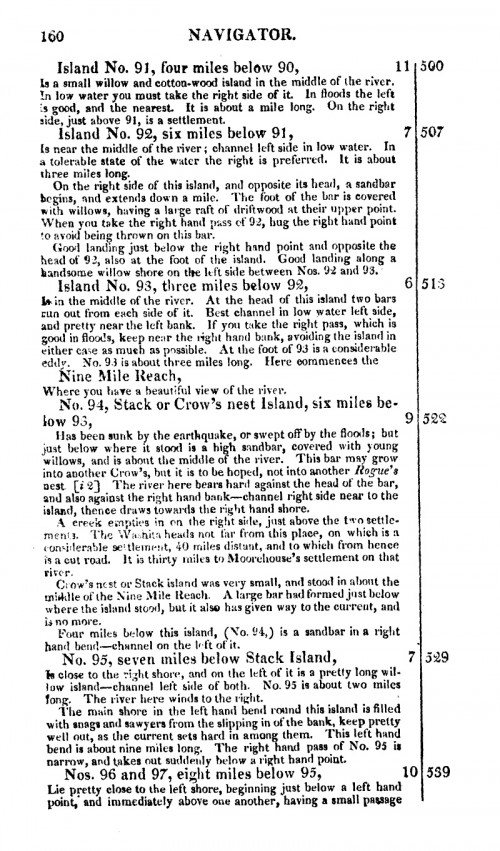