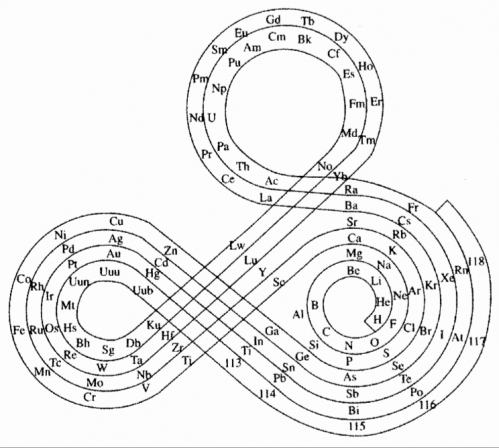 My office bookshelf fell off the wall today; to lighten the load I decided to read something on it: working in an environment of higher education, I pickup a lot of junk books:

Above is Janet’s Spiral Periodic Table from E.G. Mazur’s Graphic Representations of the Periodic System during One Hundred Years

(1974), cited in Punyashloke Mishra’s_ The Role of Abstraction in Scientific Illustration: Implications for Pedagogy_ (1999) republished in Carolyn Handa’s Visual Rhetoric in a Digital World: A Critical Sourcebook. Got all that?

I had to scan Janet’s Spiral out of the book since I couldn’t find it on the internet. I did find Alexander Roy’s patented and $14.95 Desktopper. He seems to tout it as originally his, but it’s trivially Janet’s Spiral Periodic table if you stuck your finger into each spiral and pulled up.

_ Having just printed off and built the paper template included in the patent application, I must admit the design is a unique and  innovative._

Below is from the patent: 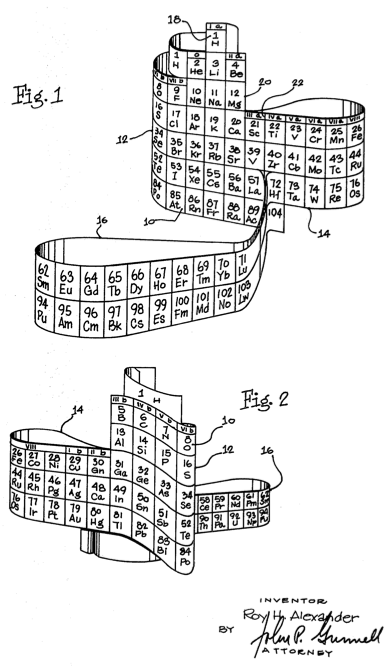 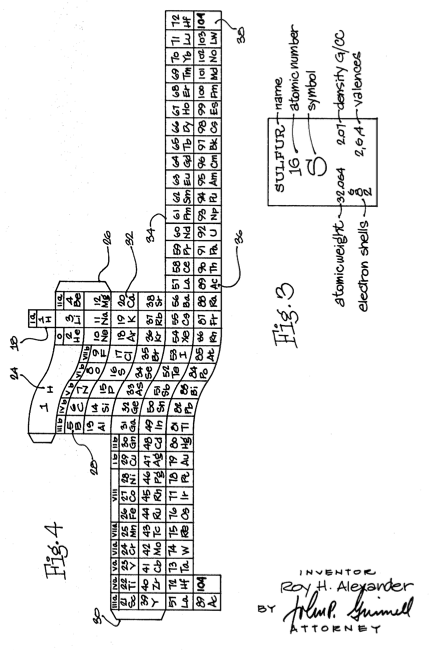